The winter season is one of the best times to visit Puerto Vallarta for many reasons including perfectly warm temperatures, stunning beaches, and as always, friendly hospitality. It also happens to be the time of year when hundreds of humpback whales migrate from the cold waters of Alaska to the warmer waters in this part of Mexico. Whale Watching in Puerto Vallarta is one of the most magical spectacles that you can experience in the Bay of Banderas. 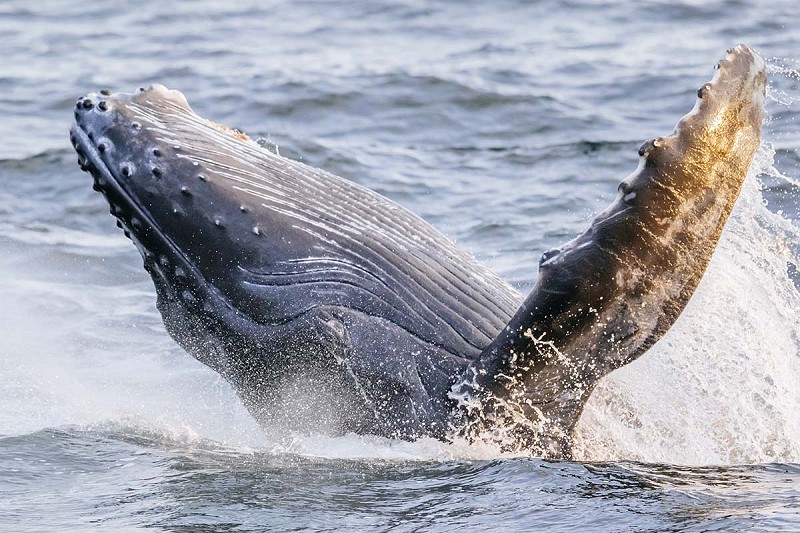 Whale watching season starts in December and lasts until the end of March. During migration, humpback whales travel over 7,000 miles to mate and give birth. The distance they travel is the longest of any mammal on earth.

These awe-inspiring creatures are gentle giants that measure 60 feet (18 meters) long and can weigh up to 80,000 pounds. Newborn humpback whale calves weigh about 3,000 pounds at birth. A female humpback has one calf at a time, every two to three years and the gestation period lasts about 12 months. 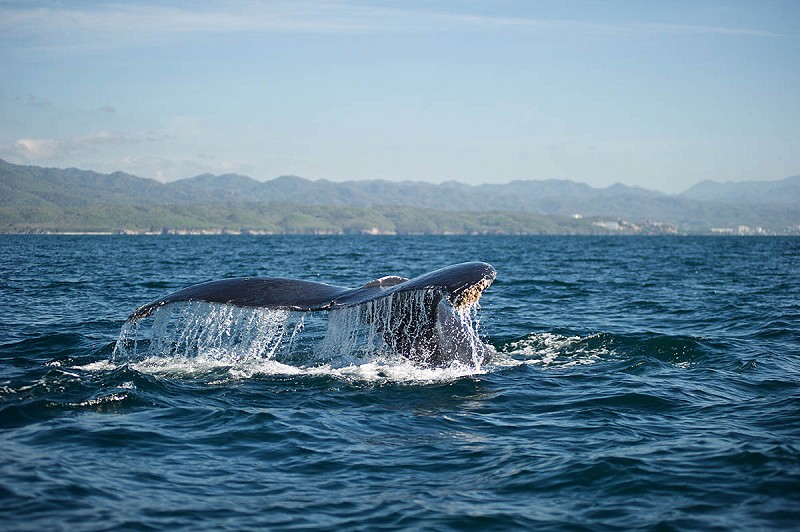 Despite their massive size, humpback whales do not pose a threat to humans. They don´t have teeth and feed by taking in enormous gulps of water and filter-feed plankton, krill, and small fish. They can consume 2,000 pounds of food per day. 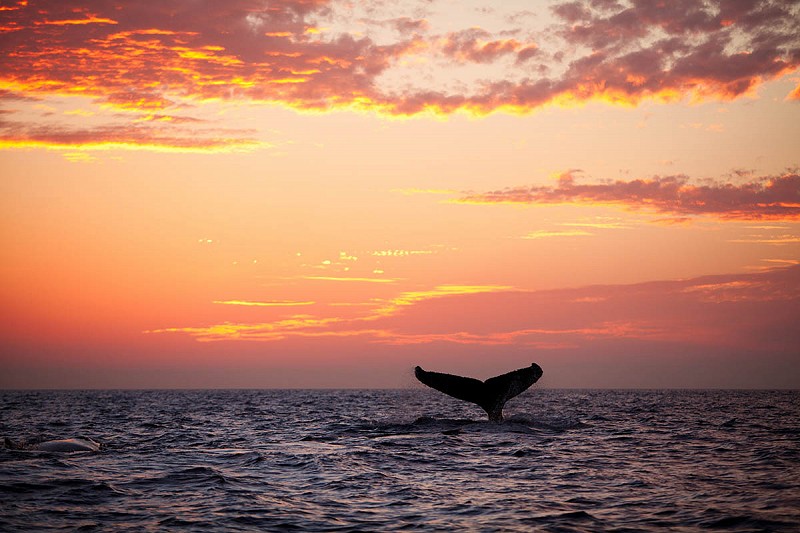 Seeing whales surface and spout followed by their flukes coming up as they dive back down into the water is very common during the winter months. What is even more spectacular is seeing mating displays. When a female is in heat, she is accompanied by several male whales who form a competitive pod all vying to mate with her. You are more likely to see a whale breach when they are trying to impress a female. They perform acrobatic feats leaping and splashing out of the water known as breaching to try and get a female´s attention. The males also fight with each other and knock each other with their fins underwater trying to establish dominance. Once the female selects her mate, the other male whales are driven away and the female and victorious male suitor spend a romantic time together swimming around the ocean and mating. 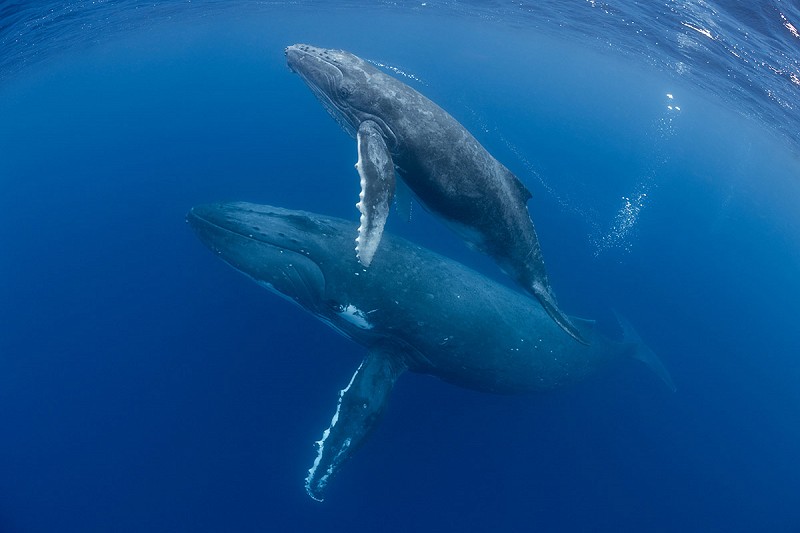 Humpback whales are also gifted singers and have a wide vocal range which they use to ¨sing´ to each other underwater. Male humpbacks sing the most complex melodies known in the animal kingdom. Many whale watching boats are equipped with a hydrophone and speakers, so you may have the opportunity to hear them on your tour. 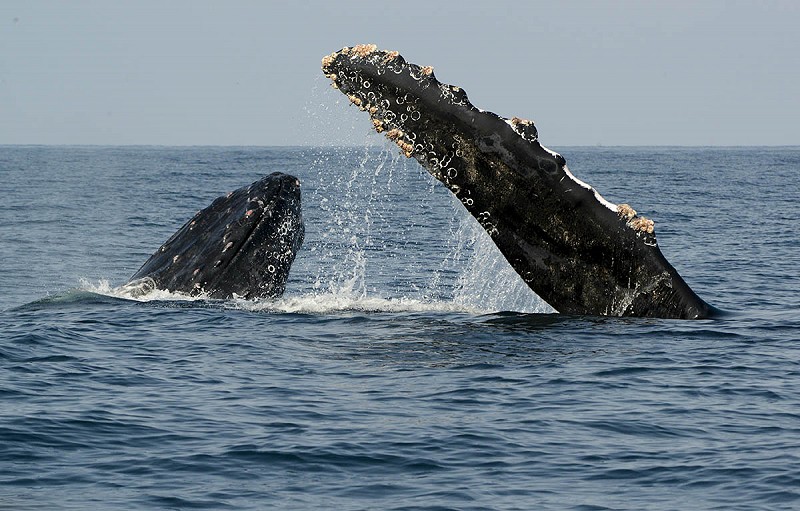 There are many reputable tour providers that offer daily whale watching tours departing from Marina Vallarta. Although, during whale watching season, if you take a snorkeling tour or any other type of tour on a boat, you are very likely to spot whales during the tour. When you spot a spouting plume of water that is your sign that there are whales nearby. If the boat captains see the spouts, they will navigate closer to the location to give guests the chance to see them up close. For a 2-in-1 excursion with a double acrobatic act of whales and pirates, book a day trip on the Marigalante Pirate Ship. Ask the friendly concierge team at Garza Blanca Preserve or Hotel Mousai to help book a tour that is right for you.

On your next vacation to Puerto Vallarta, don´t miss out on a front row seat to see whales up close and personal in their natural habitat. It is guaranteed to be one of the most memorable moments of your trip!